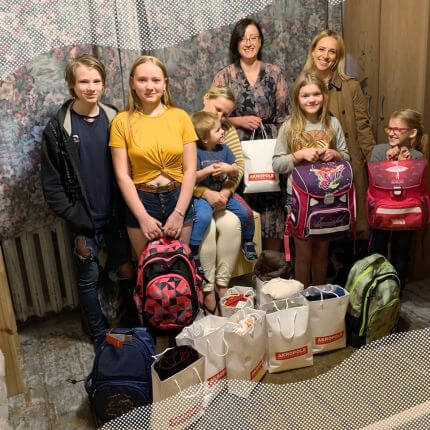 From 18 August to 6 September, shopping and entertainment centre “Akropole” together with its cooperation partners – the association “Let's Help Each Other”, companies “Eco Baltia vide” and “Latvijas Zaļais punkts” implemented the charity campaign “Let's Help Prepare for School Together!”. The charity campaign was organized to support families throughout Latvia who, for various reasons, are unable to provide school supplies themselves or who can provide them only partly. Thanks to the support of donors, 14 school bags, a lot of stationery and pencil cases were delivered to families in various areas of Latvia, as well as a lot of clothing items and footwear were handed over to boarding schools in Latgale and Cesvaine.

“For shopping and entertainment centre “Akropole”, this campaign turned out to be a heartfelt initiative. This year, many Latvian families are in a tough situation, where one or both parents have lost their jobs or other circumstances have caused financial difficulties. Preparing for school is an exciting time, so we wanted as many children as possible to start the new school year without any worries. We sincerely thank those residents who donated school items, clothing items and footwear by leaving them in our donation boxes – together we have helped those who need it the most,” says Zane Kaktina, the CEO of shopping and entertainment centre “Akropole”.

During the campaign “Let's Help Prepare for School Together!”, 14 school bags were donated, which were filled with stationary and delivered to families in Riga, Talsi, Cesvaine, Jēkabpils, Tukums and Rēzekne municipalities. Specifically, stationary was donated in considerable amounts and also helped fill the bags provided by private donors, who individually approached the association “Let's Help Each Other|, whereas the greatest number of clothes and shoes were sent to boarding schools in Latgale and Cesvaine because children from very poor families study at these schools.

“The team of “Let's Help Each Other” has been helping families in crisis situations already for six years, and exactly this year support was needed for a greater number of families than usual. We are very grateful to “Akropole” for carrying out the campaign and to residents for their support — by putting together the items placed in the donation boxes and the items provided by the private donors, we have helped all children from our list of school bags! Furthermore, the campaign allowed increasingly more people to know about our campaign, and these people supplied furniture and other useful items to the families. The campaign has definitely succeeded, and we will be glad if it will become a tradition also in the following years,” tells the board member and project coordinator of “Let's Help Each Other”, Linda Novicka.

The largest part of donations were delivered to the families by the volunteers of “Let's Help Each Other“ by delivering the packages by themselves or sending them using Omniva parcel machines. But to a family of five children in Riga, school bags filled with stationary, clothes and shoes were personally delivered by the administration of “Akropole”. As the mother of five children Kristīne tells: “Usually we can acquire the items needed for school by ourselves, but this year where we had no chance but to reach out for help, so we did. Both myself and especially my children are happy that everything needed for school has been acquired and we no longer need to worry about how to find stationary for the new school year.”

Although the charity campaign implemented by “Akropole” has concluded, residents can continue supporting poor families with their donations — such donations as food, everyday items, clothing, shoes, furniture for people throughout Latvia are always needed. Furthermore, after the campaign has concluded, next to the B entrance of “Akropole”, a container will be available to residents where they can donate used but still usable clothes, shoes and textile materials that will be handed over for recycling.

About “Akropole” shopping and entertainment centre

“Akropole” is not only the newest and most modern shopping and entertainment centre in Latvia, but also the first shopping and entertainment centre which, thanks to the highest energy efficiency and sustainability standards, has received the prestige BREEAM certificate at the designing and also at the construction stage. “Akropole” has also been recognized as the winner in the nomination category “The Best New Public Building” of the competition “Latvian Construction Annual Awards 2019” and has been acknowledged as the best BIM object in the show “The Best Building of the Year in Latvia 2019”. In addition, is home to the largest B+ class Business Centre in Latvia, which is connected to the shopping centre. 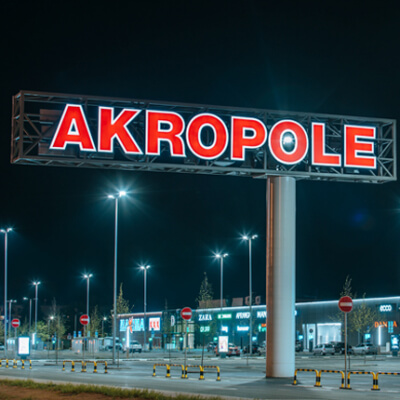 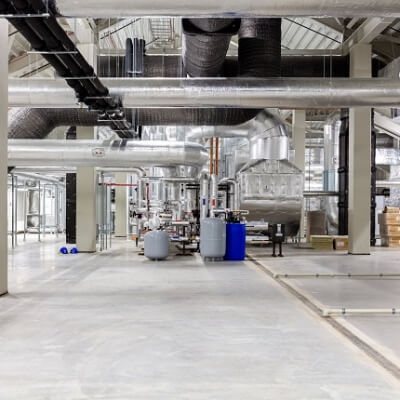 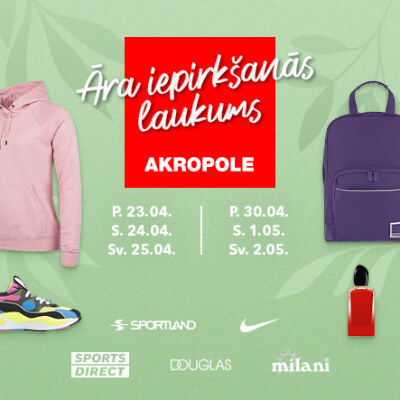