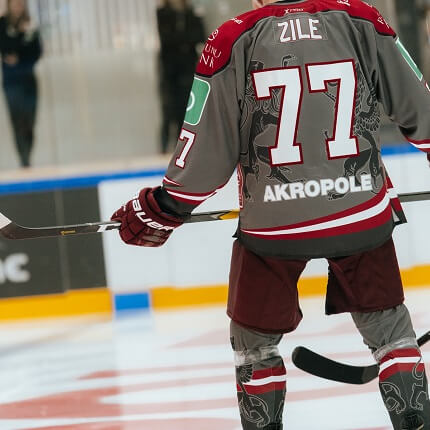 Today, the ice arena at the newly opened shopping and entertainment centre Akropole hosted a presentation of the newly designed kit that Latvian national hockey team players will wear during trial games. During the event, a cooperation agreement was signed between the Akropole shopping and entertainment centre and the Latvian Hockey Federation (LHF).

The new kit design was designed by Haralds Apinis. It includes the heralds of Latvia’s four cultural-historical regions: Vidzeme, Latgale, Kurzeme and Zemgale, as well as the griffin and lion visible in Latvia’s State herald. During the trial games, the chests of the Latvian national team will be adorned with contour drawings of the heralds including a griffin with a sword in its right paw, which can be seen in the heralds of both Vidzeme and Latgale, the lion from Kurzeme’s herald and the stage visible in Zemgale’s herald. For the first time ever, the red, white and red Latvian national flag will also be visible on the shirts of the national hockey team.

During the event, a cooperation agreement was also signed between the Akropole shopping and entertainment centre and the Latvian Hockey Federation. “It’s a huge honour for us that the cooperation between Akropole and the Latvian Hockey Federation is being launched with this great event – the presentation of our national team’s new trial game kit. Akropole is one of the biggest and most modern shopping and entertainment centres in the Baltics and we’re especially proud of our ice arena, which is not only available for skating, but also for hockey training and games. Latvia truly loves hockey – we not only watch it, but also play it and therefore we want to support and be present at the most important times for hockey,” said Akropole CEO and Akropolis Group Board Member Kaspars Beitiņš.

Satisfaction with the new cooperation agreement and the new kit design was also expressed by LHF President Aigars Kalvītis: “During the course of negotiations with sponsors, we came up with the idea of a new kit identity and design. These game shirts are very different to the previous ones. We wanted something completely different, but with a profound idea that symbolises our nation and its territory. I believe that the new kit has turned out to be very successful. In my opinion, it will also be a hit with the fans.” 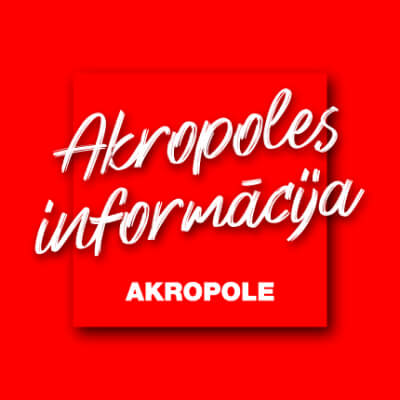